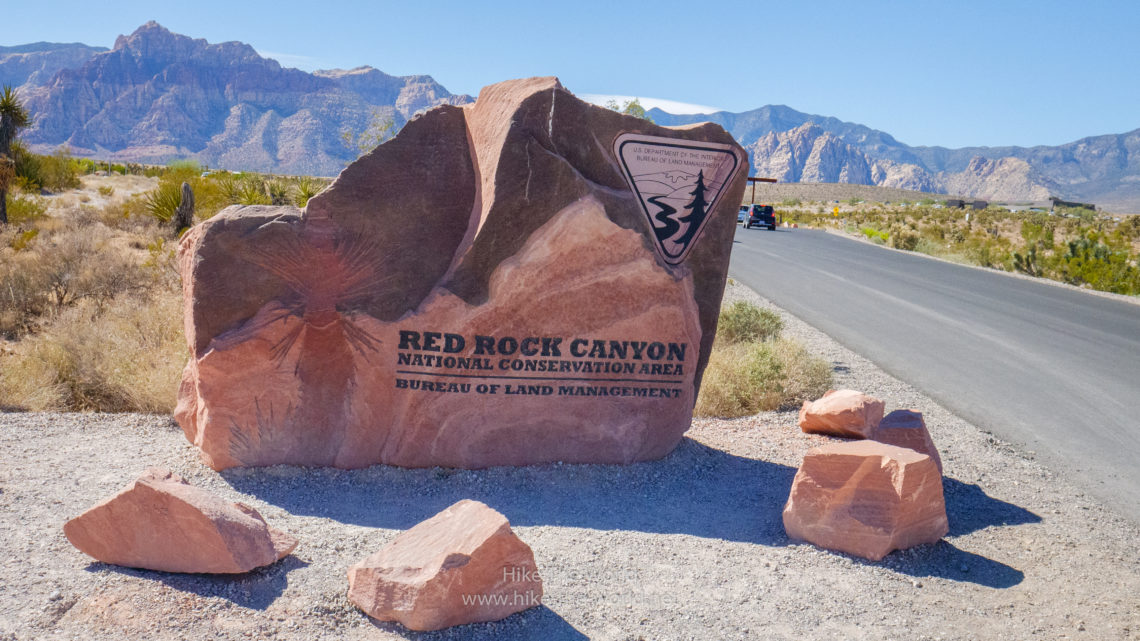 After a relative long travel day, we wanted to start a bit more relaxed into the second day. The idea was to start slowly and maybe do the Red Rock Canyon – depending on how the day actually went. The important thing was to have no stress and relax. We started quite late in the morning and walked from our hotel (The Westin Las Vegas – no Casino, just a hotel) to the strip and grab some breakfast. We thought about going to the Palms, but it was too far for walking, so we went to the Venetian, where I stayed 2017.

Inside the Venetian is the Grand Lux Café, which offers a typical american breakfast buffet. During weekends it has some extra stuff and you can come by even during lunch time to get some breakfast – of course, it’s a bit more expansive than on weekdays. Anyways, you get fresh orange juice, fresh fruits, yoghurt etc. Overall it’s quite OK and for the first real vacation day it’s awesome 😉 I had a classical american breakfast with Bacon and scrambled eggs, afterwards I didn’t want to miss out on the omelette – very good!

After breakfast we went for a small walk through “Venice”, Stephan, my travel companion this time, was for the first time in the Venetian. For me it wasn’t new, I stayed in the Palazzo in 2017, which is directly next to the Venetian. This was actually already my third time in Las Vegas and I still like the Venetian, with the canals and gondolas it has some flair.

It still was our first real day, so we had to go shopping. We walked back to the hotel, got into the car and drove to the next Wal Mart. The next three weeks were all about desert and hiking, first thing we needed was water, much water! And a tent was also needed, camping was the way to go for the next days. My tent from last year was too small for two men and we needed a bigger one. Unfortunately only big tents for 6 or more people were available at the Wal Mart, no 3 or 4 persons tent. So we checked the next Wal Mart and they also only had those big ones … Anyways, we still had some time to get a tent. First we wanted to go to the Red Rock.

It’s great, that Red Rock Canyon is next to Las Vegas, your can get there within only a couple of minutes by car and flee the crowded city. A quiet place compared to Las Vegas, although the Canyon is quite popular.

Back in 2015 I already visited Red Rock Canyon on my Roadtrip, then – Mid of November – it was already quite cold and we didn’t do any hikes. For 2018 this had to change. Hiking in the canyon is way more fun than just doing the Scenic Drive, which everybody is doing.

While entering the “Red Rock Canyon National Recreation Area” I found two small surprises: The street looked quite new and way better than in 2015 and there’s now a fee station. I didn’t remember it that way. My memory was of a better dirt road and no fees. Looking at the pictures of 2015, the road is better than my memory, but not as good as it’s today. The fee station wasn’t a challange, I still had my annual “America the Beautiful” pass from 2017, which was still valid. No need to pay again.

Our fist stop was at the visitor center, gather some information on where to hike. We wanted to start with an easy or moderate hike, nothing fancy. Afterall, the trip to Vegas was a bit strenuous. We asked the Rangers on where we could hike and decided to do the Callico Tanks hike, 2.5 miles one way and rated as moderate. The Rangers told us, that you’ll have a nice view of the city at the end.

You can explore the Red Canyon while driving the Scenic Drive, a 13 mile (20.9 km) long one way route. On that drive you’ll find serveral parking lots, from where you can start your hikes. Our first stop was at the Calico Hills. In the middle of sand are those red hills, a beautiful view.

We didn’t stay too long, afterall we were quite motivate to do that hike. The trail for the Calico Tanks guides you to the backside of these hills, the trailhead is actually located at the Sandstone Quarry, which is at the “end” of the Calico Hills.

Out of the car, put on the hiking boots and let’s start. At the trailhead you’ll see a sign, which informs you about the possible trails and their distances. 2.5 miles is good for a first start.

The trail starts on gravel, which you have to follow for the first couple of hundred meters. After a while you’re between the Calico Hills and some other sandstone hills.

Once you’ll get there, it’s not far anymore and you’ll find out, why this trail is rated as moderate. You’ll have to climb some red sandstone, here’s the view back.

After a small break to catch my breath and drink a bit – yes, I didn’t do enough sports in 2018 – we went on. Every once in a while we met other hikers who showed us the way, although it wasn’t too hard to find the trail. It was quite warm, so some people decided to only wear some short pants.

The next parts of the trail weren’t supposed to get easier, you have to hike up even more, before reaching the end. The next section was longer, higher and a bit more difficult. But worth it.

Once you master this section, you’ll get to the tanks. After rainfall you’ll find some water in there, the namesake of the Calico Tanks. As this was mid of september and the summer had been quite dry, there was no water anywhere.

The Rangers at the Visitor Center promised us a great view on the city. Of course we wanted to enjoy that view and had to climb to the edge of the Tanks. As promised, we had a great view of the city!

I’m sure, that it’s worth to have a look during later hours, especially during sunset you’ll probably have an awesome view of the lights in Las Vegas. After enjoying the view for some time we went back to the car. We still wanted to see more of the Red Rock Canyon.

In the end, we didn’t do another hike and just did the Scenic Drive, nothing else. Before having dinner in one of the food courts, we visited the pool area for a nice swim. The city was even more crowded on this saturday than on friday, the party for mexican independence day was even bigger.

Although we only did a small hike, we felt quite exhausted. Once back at the hotel, we fell into our beds. We actually wanted to start early in the next morning, the Yant Flats in the St. George area and Zion National Park were planned for the next day. And of course, we still needed to buy a tent … 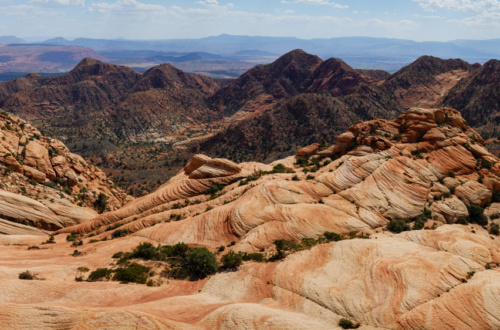 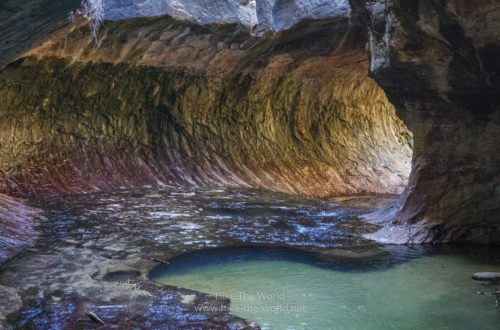