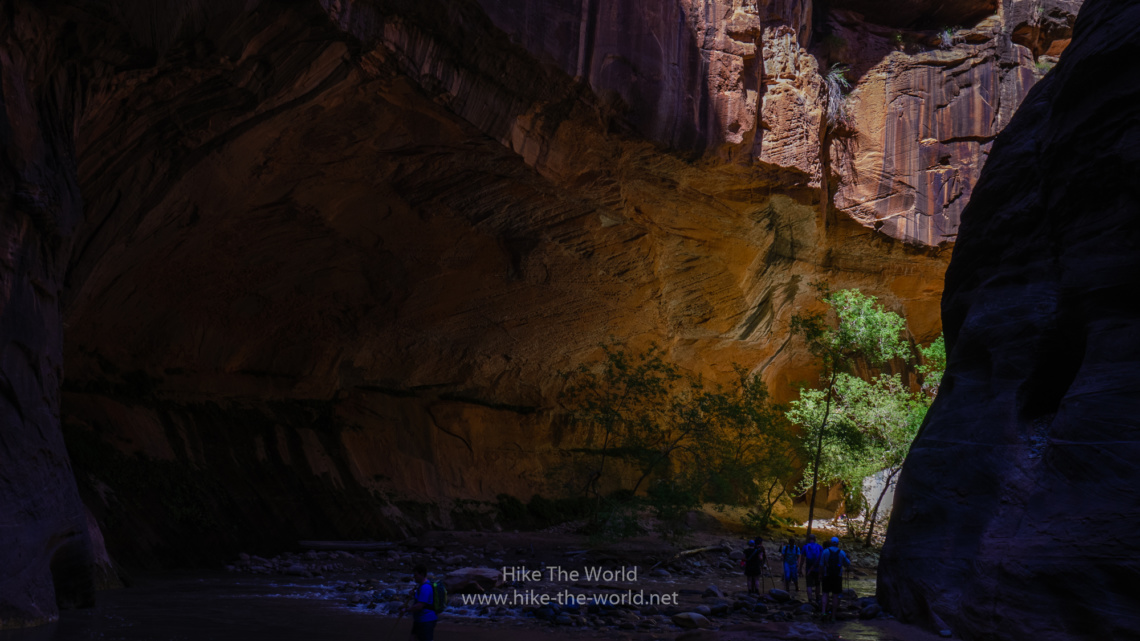 After getting up quite early the other day, we took a bit more time today and didn’t hurry through our breakfast. Afterwards we went directly to the park entrance and got some Neopren Socks, Watershoes and a wodden hiking stick. Today we went into the Narrows.

The Zion Canyon was and still is being shaped by the Virgin River. The Main Canyon is quite wide and Shuttles are driving through the actual canyon. The last stop which is reachable via Shuttle is the “Temple of Sinawava”, where the so called Riverside Walk starts. The Riverside Walk follows the flow of the Virgin River for aboutr 2.2 miles (3.5 km). On the one side is the Virgin River, on the other side are steep faces from the mountains.

At the end of the Riverside Walk the Narrows Trail starts. From now on, you’ll have to get your feet wet to continue as the only way is through the river. You’ll find out why the hike is called “Narrows”, from now on both sides of the river you have these steep faces and there’s no chance to escape the water. The more you get in, the narrower it becomes.

Here at the end of the Riverside Walk, you’ll find many tourists. While some are only doing the Riverside Walk, others – like us – are going to do the Narrows and switch their shoes to the Watershoes. There are even a couple of people that are going in barefoot, which I would not recommend. The river bed is quite stony and the stones can be quite sharp. Most of these guys don’t go in far, the current is too strong to do this barefoot without any hiking sticks.

After a short time you’ll get to a small waterfall on the right hand. Especially in this early area are still many tourist, you’ll actually have to get in quite a while to get less people around you.

After about 3 miles (5 km) you’ll reach the junction towards Orderville Canyon. As you’re walking upstream, this can take up to two or three hours, depending on your fitness and the current flow of the river. At this junction you have the possiblity to go left into the Wall Street or you can go right, climb over a small waterfall and hike into the Orderville Canyon, a sidearm of the Virgin River.

Back in 2017 I already hiked the Narrows and tried to get into the Orderville Canyon. I didn’t succeed, the flow rate was higher than 2018 and I didn’t get up the waterfall without falling into the water. So in 2017 I hiked the Wall Street.

In 2018 the flow of the river was lower and we were able to hike the Orderville Canyon. The beginning looks quite like the Narrows do up to this point, steep faces on both sides, not much sunlight and you’re still walking in the water.

But after a short while the canyon opens again: It’s getting brighter and greener. The Orderville Canyon looks more like the Main Canyon of the Zion than the Narrows, although you still have to hike through the water.

After Orderville Canyon we still wanted to hike a bit into the Wall Street, the narrowest area of the Narrows. On both sides you only have the steep faces, nearly no dry areas like in previous parts of the Narrows. If there’s too much water, you might have to stop quite early or have to swim to get to the next part.

The river carried more water in 2017 than it did this time in September 2018. The upper photo shows another hiker who had to go in breast high to get through. For me it was a bit more then hip high. This time I didn’t need to get in that deep.

The last time I had to finish before reaching the Floating Rock, there was actually no chance to get to the other side except for swimming and climbing the rock. A couple of other hikers were able to climb the Floating Rock and get to the other side. As I’m not that good with climbing, I didn’t do it. This time, it wasn’t a problem. I thought, the water might be steep, but Stefan did go to the other side with the water being hip high. To continue I would had have to remove the camera bag and hold it to carry on. That was something I didn’t want to do this time.

And it was already getting late, it was actually already after 3 pm, so I wanted to return to the canyon. So we went back and about an hour later we were already back in the Main Canyon at the end of the Riverside Walk. The hike back didn’t take as long as I had expected (well, you’re actually hiking downstream). Due to that we were able to see some climbers who wanted to rappel down the waterfall at the beginning of the Narrows. We saw the rope and saw them preparing everything, but it did take them another couple of minutes and we actually got cold, so we didn’t see them on the rope.

I’ve been back to Zion in the autumn of 2019, this time, I didn’t do the Narrows. The muscle soreness from the previous day (we did the Subway) was too much for us. We did at least the Riverside Walk up to the Narrows. In 2019 I’d probably not have gotten in that far as I did in the previous years, the river had way more water than the last two times. Some hikers were already in hip high right at the beginning.

Don’t expect to get far in every time you visit the park, the levels are different every year.

The hike itself is quite a fun hike and I’d do it again. But be careful, the Narrows can be quite dangerous if you go in at the wrong time.

Before you hike the Narrows, take a took at the weather forecast. If there’s supposed to be rain in the greater area, especially upstream of the Virgin, you might run into a Flash Flood. These Flash Floods can be extremely dangerous, as the water is rising rapidly within seconds and the Virgin becomes a wild river where you don’t want to be in. You’ll find information about the Flash Flood risk in the visitor center or at several outfitters in Springdale. On all my visits I had sun and Flash Floods were not expected.

The Narrows can be closed by the Rangers once the river current reaches 150 CFS or if there’s a Flash Flood warning. You’ll also find information on the Website of the National Park. 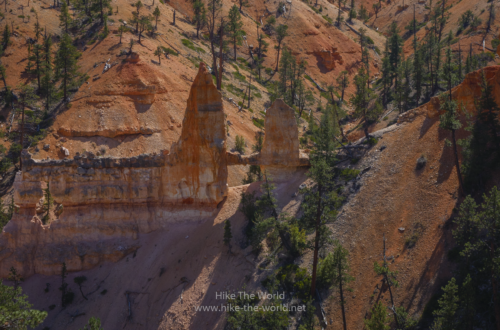 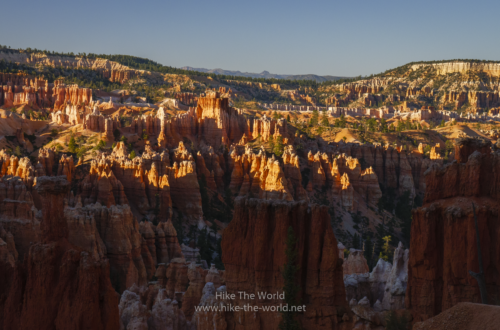 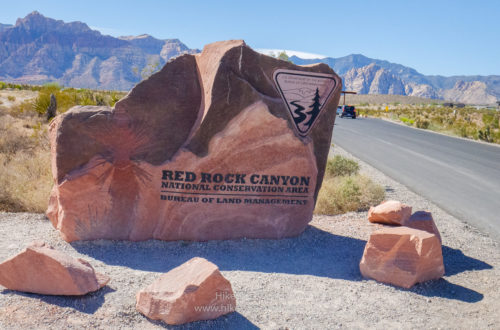